Full-screen video ads are short (15-30 sec), skippable videos, which help in monetization with high eCPMs. Preferred by brands and game developers, these are perfect for happy moments such as level wins and wait times in Player vs Player (PVP). Video ads leverage the power of sight, sound, and motion to create immersive experiences for the user thereby enhancing the in-app ad experience.

You also have access to advanced video controls on whether you want to run skippable video ads and only when the user is on Wifi.

Follow these simple steps and start monetizing with Video ads:

Setting up a Full-screen Video Ad 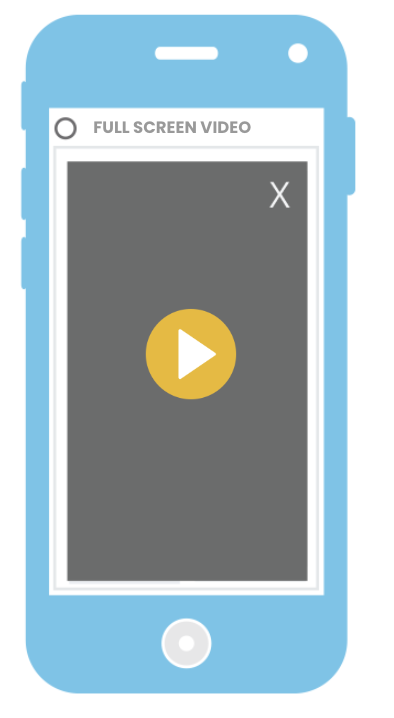 Adding a Full-screen Video Ad to your App

To request for an interstitial ad, call the load() method on the InMobiInterstitial instance like so:

You will be notified of the result of this method via the InterstitialAdEventListener abstract class. If the ad request was successful, the onAdFetchSuccessful(InMobiInterstitial, AdMetaInfo) event will be generated. This will be followed by either the onAdLoadSucceeded or the onAdLoadFailed event. If the onAdLoadFailed event is generated, the reason is indicated by the InMobiAdRequestStatus object passed in this event. If the onAdLoadSucceeded event is generated, you may now show the ad anytime after this by calling show() on the InMobiInterstitial instance.

Note: Calling load() on the same interstitial ad after the onAdLoadSucceeded event is generated by the SDK is not guaranteed to request a fresh ad from the network. A fresh ad will only be fetched if either the previous ad was discarded by the SDK, or if the ad expired or the User cleared application data and caches.

To show an interstitial ad, just call show() on the InMobiInterstitial instance anytime after the onAdLoadSucceeded event has been generated by the SDK. The code fragment below illustrates this:

Your application will be notified of the result of this request via the InterstitialAdEventListener abstract class. If the ad can be shown, the SDK will notify your code by calling on the onAdWillDisplay interface, followed by calling the onAdDisplayed method when the ad is actually presented on the screen. If the ad cannot be displayed, the onAdDisplayFailed event is generated by the SDK to let your application know that the ad could not be displayed. You can request for a fresh ad by calling load() again to handle this event.

When an interstitial ad is dismissed, your application will be notified in the onAdDismissed callback.

You can check the code samples for interstitial ad integrations on GitHub here.

At times, there are rogue advertisers who escape all the ad quality checks and end up compromising the user experience on the app by showcasing either an irrelevant, distasteful or disrupting creative to the user. To combat such situations, you can retrieve the creativeID of the ad instance and report back to your InMobi point of contact with the encrypted creativeID.

In order to get the creative you need to override these callback methods, and retrieve the creativeID as follows -

Once you have enabled debug logs as mentioned in step 1, SDK will print key logs to the DDMS console that provide useful information about the initialization and ad load lifecycle. The following tables capture these logs.

In addition to logs printed by the SDK, you can also get feedback on the diagnostics tab on the ad unit and ad request, which can be particularly helpful during integration. 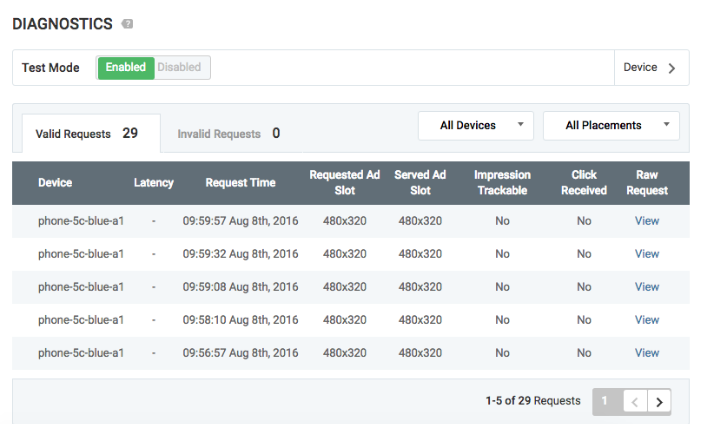